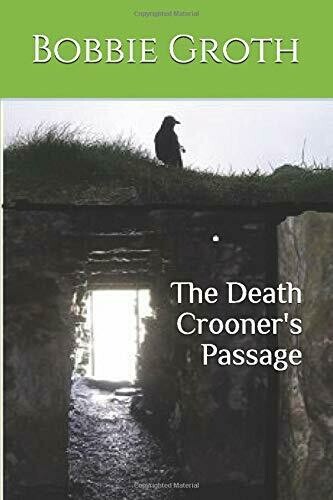 The Death Crooner's Passage (The Saga of the Heroine)

Nearly three years after Ronnat’s return from the north-lands, fate propels her into her destiny as Death Crooner. Journeying to the great sacred center of her people to release the old Death Crooner’s spirit to the stars, she finds it has been usurped by a dangerous cult, which presses her into service in exchange for permission to perform her desired rituals there. As Ronnat struggles against the potions given to her to enable her to predict the future, she drives away everyone and everything she loves, and stands in great danger of losing her spirit and her life. But her village needs her strength and guidance desperately, and those she loves most need her back amongst them. Before her death the old Death Crooner prophesied her people would have a new beginning, and Ronnat is the only one who can make that happen against the evils of humanity and the raw brutalities of nature. The Death Crooner’s Passage is the third book in The Saga of the Heroine series.

Series: The Saga of the Heroine (Book 3)

ABOUT THE AUTHOR: Bobbie Groth’s life-long devotion to the study of history, archeology, ancient art, folklore, and religion, has taken her to Oxford University for Art History, to Ireland, Scotland, Greece, and Rome—among other countries—to explore ancient ruins, and compelled her to get badly sun-burned working on-site at archeological digs. As ordained clergy, she made a professional career providing spiritual care, guidance, and education to persons recovering from violence, and taught social sciences and humanities at the university level. Now she divides her time between writing, artwork, her dogs, her large extended family, and playing traditional Celtic music.

"The best advice I ever received on being an author was in 1969 from the children's book author Keith Robertson, who I had the amazing privilege of having supervise my high school independent study in writing children's books. He told me, 'Write what YOU want to write about, and how YOU want to write about it--don't let anyone discourage you from doing that.' I never forgot that piece of advice."

Save this product for later