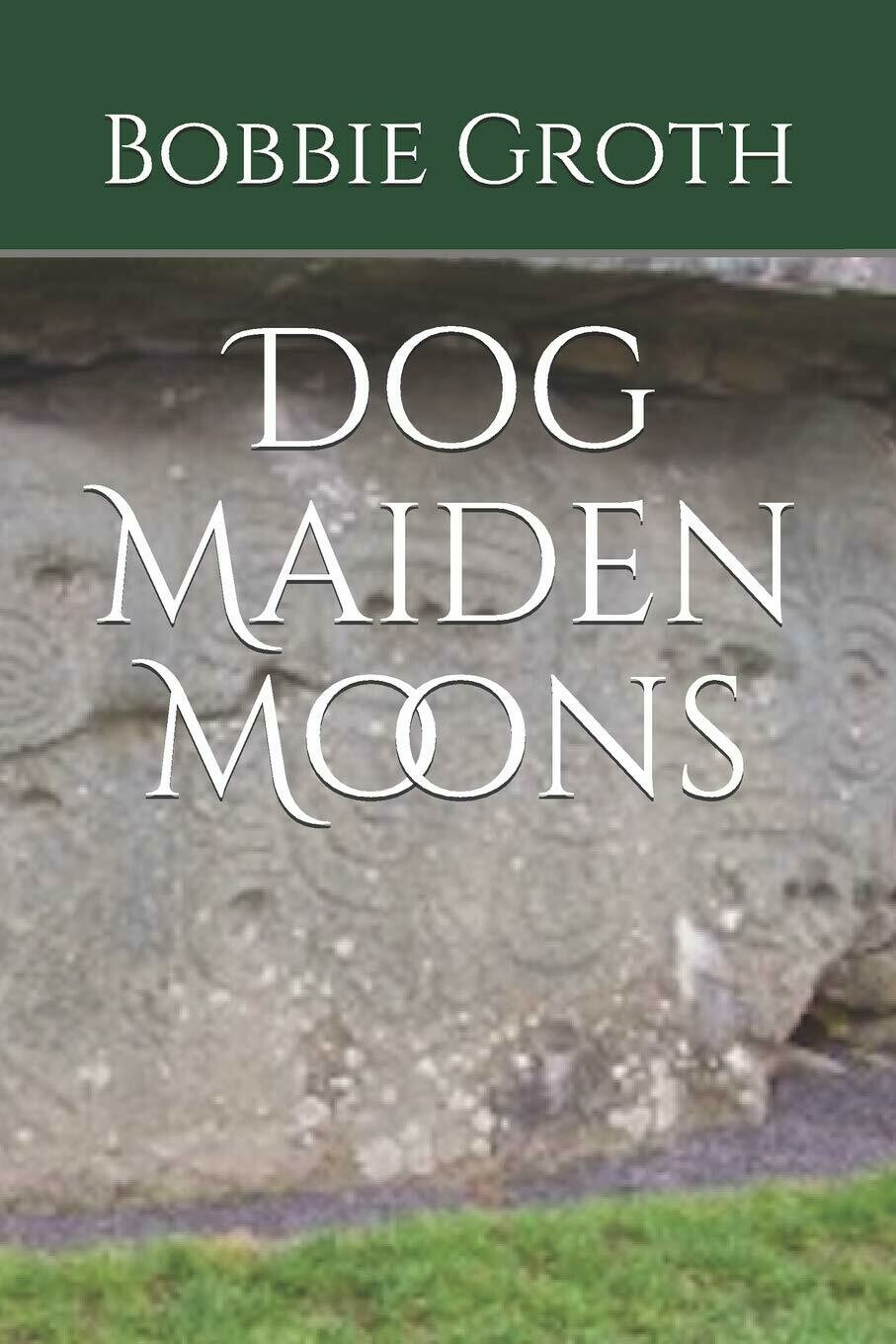 Dog Maiden Moons (The Saga of the Heroine) By Bobbie Groth

In the vast waters of the North Sea, obscure on the lonely isle of St. Kilda, lie the wind-swept ruins of the Heroine’s House. This crumbling pile of stone holds the remains of a time of powerful foremothers who protected their people with ancient wisdom and spells, and cast prayers to the forces that preserved them since ice covered the land. But who was the heroine? She was Ronnat Rua. Now in her thirteenth year, Ronnat is apprenticed to her grandmother the Death Crooner to learn her craft and carry her mantle forward. Ronnat is awakening to her powers of second sight and healing, but struggles painfully with loneliness. Finding solace in a wild dog she trains to herd, Ronnat assumes more and more of her grandmother’s skills. But as she turns from child to young woman, destiny, duty, and dreams collide with loyalty and love. And before the year is out Ronnat meets life-threatening calamity and must draw on all her untried strengths to save someone she loves… more than life itself.

Series: The Saga of the Heroine (Book 1)

ABOUT THE AUTHOR: Bobbie Groth’s life-long devotion to the study of history, archeology, ancient art, folklore, and religion, has taken her to Oxford University for Art History, to Ireland, Scotland, Greece, and Rome—among other countries—to explore ancient ruins, and compelled her to get badly sun-burned working on-site at archeological digs. As ordained clergy, she made a professional career providing spiritual care, guidance, and education to persons recovering from violence, and taught social sciences and humanities at the university level. Now she divides her time between writing, artwork, her dogs, her large extended family, and playing traditional Celtic music.

"The best advice I ever received on being an author was in 1969 from the children's book author Keith Robertson, who I had the amazing privilege of having supervise my high school independent study in writing children's books. He told me, 'Write what YOU want to write about, and how YOU want to write about it--don't let anyone discourage you from doing that.' I never forgot that piece of advice."

Save this product for later